I received a notice recently of the availability of Medicare for Dummies, Second Edition. 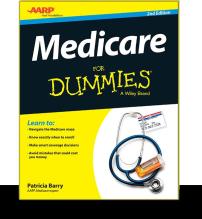 All of this information is undoubtedly useful, especially for an aging population in need of such advice.  The “For Dummies” book franchise now has over 2500 titles.  As stated in Wikipedia, “For Dummies is an extensive series of instructional/reference books which are intended to present non-intimidating guides for readers new to the various topics covered.  The series has been a worldwide success with editions in numerous languages.”

But Medicare for Dummies just strikes a non-resonant chord.  It raises the question* of what is next for a dummy like me.  Besides the obvious – Retirement for Dummies, Medicaid for Dummies – there is the illogical step to:

*Dr. Language Guy applauds the use of “raises the question” versus “begs the question” and refers readers to several diatribes articles on this subject.