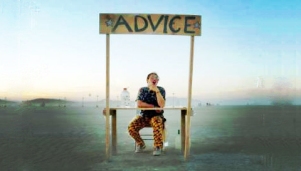 People cannot resist giving advice. Most of it is unwanted, unwarranted or useless.  Shakespeare’s Polonius, he of “Neither a borrower nor a lender be,” was full of advice and was also a deceitful old fool.  Hamlet rewarded Polonius for this advice by stabbing him: He should have stabbed him sooner.

While I am not planning to stab anyone, I am going to add my own curmudgeonly commentary to some advice and comments that I received recently.

Your shoes are the first thing people subconsciously notice about you. Wear nice shoes.  [Wear more if it’s cold unless you are auditioning for a job as a stripper.]

If you sit for more than 11 hours a day, there’s a fifty percent chance you’ll die within the next three years.  [So move around every 10 hours and 59 minutes.]

There are at least 6 people in the world who look exactly like you. There is a 9% chance that you’ll meet one of them in your lifetime.  [None of these people will look like Brad Pitt or Angelina Jolie.]

If a part of your body “falls asleep,” you can almost always “wake it up” by shaking your head.  [If your head falls asleep, you’re probably dead.]

There are three things the human brain cannot resist noticing – food, attractive people and danger.  [For men, this is defined as beer, large breasts and “honey do” lists.]

Putting dry tea bags in gym bags or smelly shoes will absorb the unpleasant odor.  [Using the tea bag afterwards will not.]

According to Albert Einstein, if honey bees were to disappear from earth, humans would be dead within 4 years. [Sooner if preceded by nuclear holocaust.]

There are so many kinds of apples that if you ate a new one every day, it would take over 20 years to try them all.  [Also true for micro-breweries.]

People who laugh a lot are healthier than those who don’t. [Unless you laugh at a Hell’s Angel.]

Our brain uses the same amount of power as a 10-watt bulb.  [Which is why we see people who have a bright idea with a 10 watt bulb over their heads.]

Our body gives off enough heat in 30 minutes to boil 1.5 liters of water.  [So if you sit in a bathtub long enough, will you heat it up?]

Stomach acid (HCl) is strong enough to dissolve razor blades.  [Be environmentally sound by swallowing razor blades after using them.]

Take a 10 to 30 minute walk every day and while you walk, smile. It is the ultimate antidepressant.  [Not true. When I take a 30 minute walk, I grimace.]

Sit in silence for at least 10 minutes each day.  [For a teenager, make it 10 hours instead of 10 minutes.]

Life is too short to waste time hating anyone. Forgive them for everything. [But don’t forget their names.]

Frame every so-called disaster with these words: “In five years, will this matter?”  [If yes, then elevate “so-called” to “cataclysmic.”]

15 thoughts on “Advice [with commentary]”