If the United States can elect its oldest president, a man with no political background or experience, why can’t it elect a true elderly curmudgeon?  I can envision the day when, despite the (incorrect) prognoses of all the pundits, I sit in the Oval Office and determine whicih presidential portraits I get to hang on the walls.

I decided that I would pick a curmudgeonly president from each century.

The eighteenth century gives me only two choices – George Washington and John Adams.  Adams is the obvious choice.  He had no slaves; he considered his wife, Abigail, as his equal and he was, by all accounts, a true pain-in-the-ass.  The result is immediate elevation to curmudgeon status.

Although the nineteenth century has many choices, there really is only one:  Lincoln.  Abraham Lincoln was affected by depression, had a true black sense of humor and was, as I have often said, the greatest prose poet of the nineteenth century.  Alternate choices may include Jackson, Cleveland and McKinley but these pale in comparison.  Nope, Lincoln is my choice. 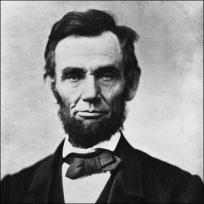 The twentieth century also has many choices.  Perhaps TR or Coolidge or LBJ but, again, they really don’t qualify as curmudgeons (in my humble opinion).  My first and clear choice is Harry S Truman (no period after the S. The S stood for nothing; Truman felt the need to have a middle initial.)  Despite the critics who point to his dropping of the A-bomb on Hiroshima, Truman accomplished many achievements during his presidency (or presidentiary, as Will Ferrell pointed out playing the role of George W. Bush);

He also had time to pen and mail (by hand) a letter to Paul Hume, who was critical of his daughter’s concert performance.

“Some day I hope to meet you.  When that happens you’ll need a new nose, a lot of beefsteak for black eyes, and perhaps a supporter below!” 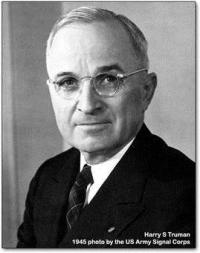 For the twentieth-first century, we have only three choices – George W. Bush, Barak Obama and Donald Trump.  The first two are disqualified as being too cheerful.  The third is disqualified, period.  The Donald is many things but being a curmudgeon is not among them.  We have only started the century so we will have to wait on the fourth portrait.  It could be mine.

In the meantime, let me say to my fellow Americans…