Zhangjiajie, in Hunan Provence, is located approximately 1,285 km east south east of Shanghai.  It is a city containing spectacular landforms and parks, which includes the Zhangjiajie National Forest Park.  It was recognized as a UNESCO World Heritage Site in 1992 and is said to have inspired the filmmakers of the 2009 film Avatar.  The region is famous for its towering quartzite cliffs and Rhesus monkeys abound.  There are three cable cars and the Bailong Elevator that will take visitors to the top of the cliffs. 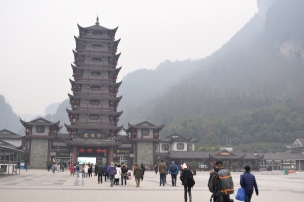 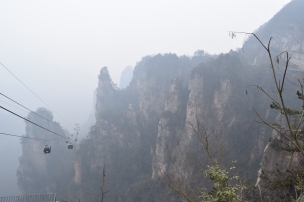 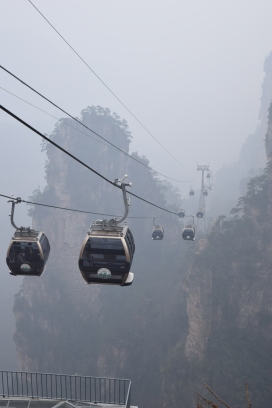 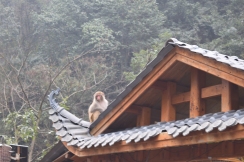 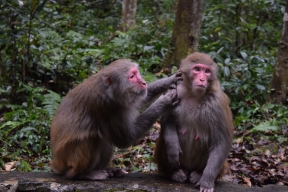 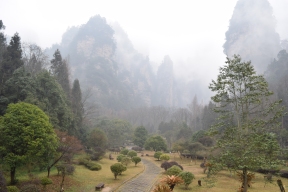 Notice that, from the picture taken, you appear to be alone.  Turning to the right or left tells a different story. 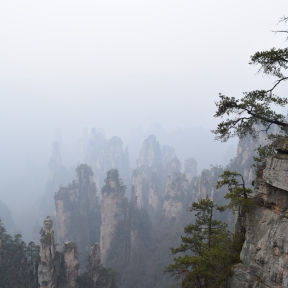 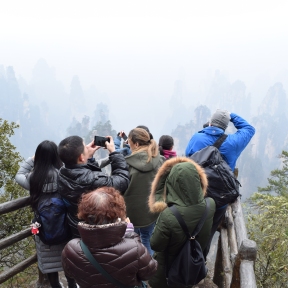 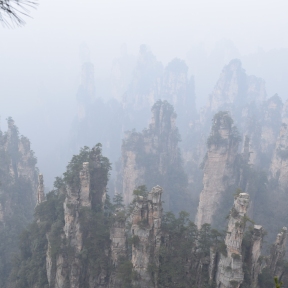 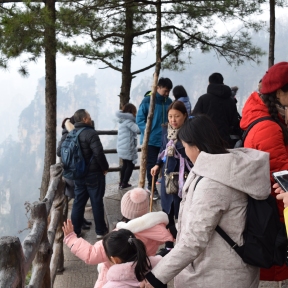 We spent two nights in Zhangjiajie at the northern entrance to the park and then two at the southern entrance.  Our accommodations here – at the Cube House Guesthouse – were somewhat unique – 500 steps from the street to the guesthouse! 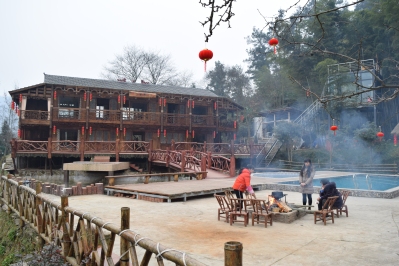 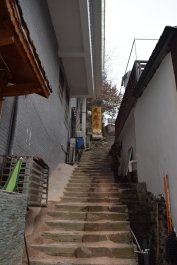