“To the outside world, North Korean propaganda posters are notorious for their militaristic and anti-American messages.  But one former Pyongyang resident is hoping that her sizable Korean poster collection can present a more nuanced picture of art in the reclusive state.  Stanford fellow Katharina Zellweger — who lived in Pyongyang for five years while working for a Swiss government agency — has collected over 100 examples from inside the country.”

These posters are on exhibit as “Korea’s Public Face: Twentieth-century Propaganda Posters from the Zellweger Collection” at The University Museum and Art Gallery (UMAG) at the University of Hong Kong until Jan. 28, 2018.

Being the kind-hearted soul I am, I thought that it would be amusing to see what nuanced themes Team Trump would construct for propaganda art in the coming year using these same posters. 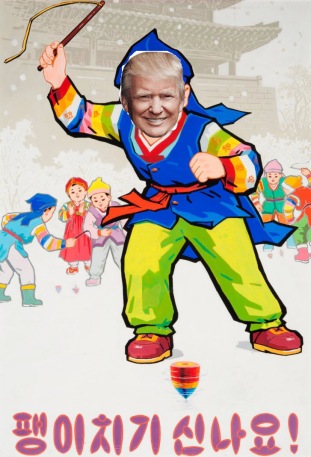 Donorrhea:  “Sucking up to me is the first priority.”

North Korea:  “Let us provide more electricity to the battlefields where we are breaking new ground!”

Donorrhea:   “Let me use my small hands to shut down science and environmental protection before they can break new ground!” 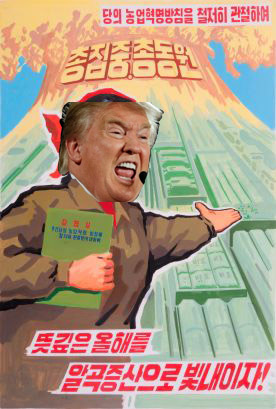 Donorrhea:  “Let us brighten the year by stomping out fake news with fire and fury!”

As the old Chinese proverb states:  “May you live in interesting times.” 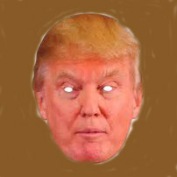 Cue the theme from The Twilight Zone.