The water towns were very interesting, more than I expected although getting to them was definitely not what I expected.  I thought that they would be out in the middle of nowhere and we would approach them in a very rural setting.  Instead, we drove and stopped in the middle of a city, walked to an entrance beyond which was this older, hidden village – canals and all – surrounded by a modern city.  Sometimes the entrance was over a bridge straddling a canal (Tongli and Zhouzhuang) and, in other cases (Xitang), through a narrow break in the street leading on to the old village.  These are shown in the next two pictures.  Very strange. 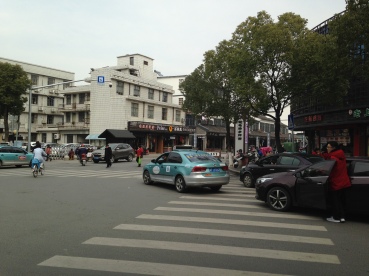 These three water towns – Tongli, Zhouzhuang and Xitang – located southeast of Shanghai are all picturesque, each reminiscent of Venice with a network of canals.  Tongli was my personal favorite despite sleeping in the hardest bed I have ever slept in my life.  It was here that we had access to the cormorant fisherman and two of my favorite animal pictures – the patient dog and the inscrutable cat.  I also loved the moss and greenery growing in the foot tiles.  Can you pick out the outline of a creature in one of them? 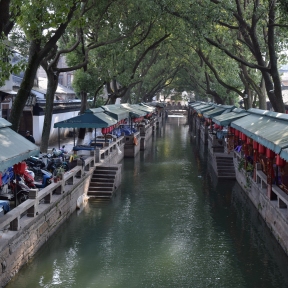 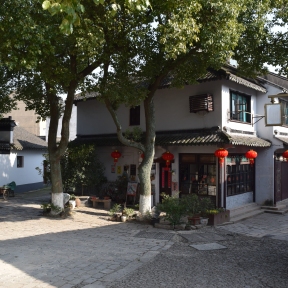 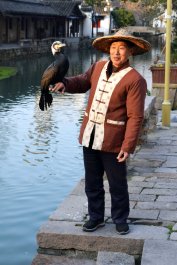 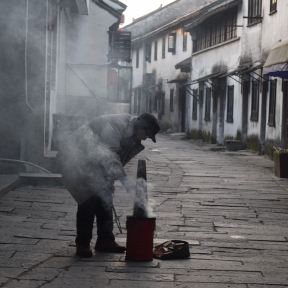 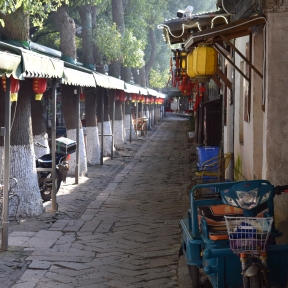 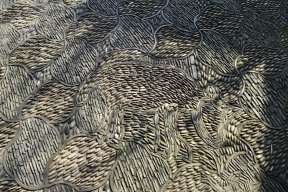 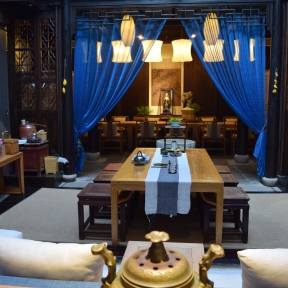 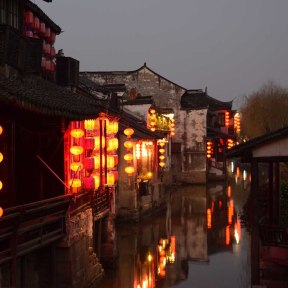 You will also notice that it was impossible to get past the “conveniences” of American life – KFC and Starbucks!