Bits and Pieces of My Mind 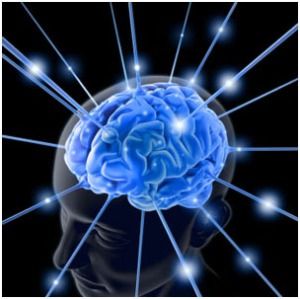 Diane Henders got me going down this slippery slope (see Kiss Ass Typo) and I see no end in sight.

She has written several posts about how her mind plays tricks on her resulting in misplaced phrases (mental malapropisms as it were).  It’s strange how the mind works (or doesn’t work as planned).  More and more I’ve noticed these synaptic misfires.  It’s led me to believe that my mind not only wanders but visits places that I would not take a drunken sailor.

Speaking of drunken sailors, every morning I would drive past my favorite Dunkin’ Donuts.  One morning I drove by and read “Drunken Donuts.”  I know that good ol’ Dunkin’ has been expanding its offerings but I was not aware that I could now stop by in the morning and get snookered on powdered donuts soaked in bourbon.  What a novel idea.  Instead of visiting your favorite coffee shop in the morning and your favorite bar in the evening, you just combine them into one-stop shopping.

I sat at an Asian restaurant and read the menu item “shrimp teriyaki” as “shrimp karaoke.”  I am not sure what exactly transpires with shrimp karaoke.  Is shrimp the only item on the menu?  Do the shrimp participate in the sing-along?  Do you only sing songs about shrimp?  What is clear about this idea is that my mind is not.

I am preparing for a long overdue general physical.  As a major hypochondriac, I bring with me a single-spaced typewritten list of all my maladies.  Recently my left foot has been bothering me so I added that to the list but when I reread the list the other day, “left foot” became “left fart.”  I was, until then, unaware that farts showed a butt-cheek preference.  Perhaps a succession of left-leaning farts have placed undue strain on one side of my body and, in an effort to compensate, my left foot reacted poorly.  Is it possible that the doctor will prescribe medicine that even out the number of left and right leaning farts to relieve my poor left foot’s malady?  (He said cheekily.)

What tricks does your mind play upon you?

There’s a Saying for That

The 1775 Restoration comedy, The Rivals, by Richard Sheridan introduced the humorous character, Mrs. Malaprop.  Her name comes from the French mal à propos, which means inappropriate.   A malapropism is defined as an absurd or humorous misuse of a word, especially by confusion with one of similar sound.

Mrs. Malaprop had nothing on my old buddy Ron.  Many years ago Ron and I worked for the same company.  Ron was an enthusiastic if slightly grammar-challenged salesman.  Just like the kids in the Art Linkletter show, he would say the darndest things.  Here are some samples.

At a sales review meeting, Ron was describing the recent flare up at one account and stated “that’s when the shit hit the fur.”  Ron tried to explain that this saying was an old hunting term.  I guess the hunters substituted fur for fans.

We were given a class on investments.  A company representative came around to explain stock options and how the options vested.  To which Ron asked “What’s the vestation period?”  Best answer?  Somewhere between ovulation and the maturity date.

One time he told a customer that “the only thing you’ve changed is two things.”

Another time he told a customer that he had “beaten a dead horse to death.”

Living between ages – after The Stone Age but before The Digital Age – I wrote these sayings down in longhand and tacked the page of sayings on the wall of my office.  Ron came into my office one day, looked at the list and claimed that he did not say these things.  I told him that it was not possible to make them up.

Regrettably, I lost the list long ago and rely upon my (most faulty) memory for the few that remain.  However, I’m sure you have a friend or relative like my old buddy Ron who is filled with strange sayings.   I would be curious to hear what they have said.