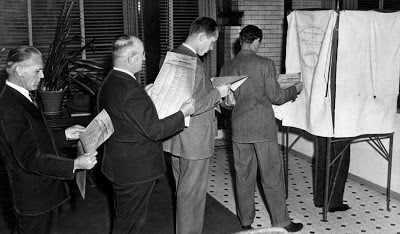 With a national election upcoming in the United States, I have been wondering how much the average American knows about the rights of U.S. citizenship. Naturalized citizens are required to pass a citizenship test (see link ) but those of us born as American citizens have no such requirement.  I think it is time that ALL Americans, if they want to be called Americans, stand up and take a test to prove that they are indeed true-blue one hundred percent U.S. citizens.

2.What is the first question asked by a defense attorney to his client?

3. What is the proper drink for the Fourth of July?

4. Where was President Barak Obama born?

5. Where was Donald Trump born?

6. Which person below is NOT true-blue one hundred percent American? 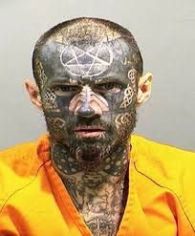 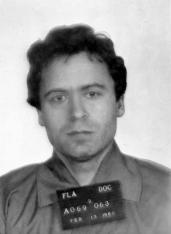 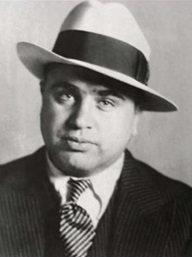 7. What do you do when go into a voting booth?

8. In the event no candidate for President of the United States receives the required number of electoral votes, who chooses the next president?

9. What are the three branches of government?

10. Match the statement to the president.

11. What are the first words a foreign-speaking naturalized citizen should understand when entering the United States?

12. How often does the United States Constitution get changed?

To get your results, please place your answers, a self-addressed stamped envelope and $500 in cash (preferably small bills) in a sealed envelope and mail it to:

You will receive the answers that you deserve.

..you end up at WalMart, of course.

Fred, an otherwise rational adult male, foolishly believes that he will find what he needs at his local WalMart.  He realizes his mistake when he gets trapped in Aisle 6 – Depends, Tampons, Bandaids, rubbing alcohol, printing ink…

Frantic calls from his cellphone brings, in succession, his family, friends, members of the constabulary, Food and Drug Enforcement officials, the World Wrestling Entertainment federation, a SWAT team and even nuclear disarmament forces. Every attempt to rescue him fails as each group, in turn, becomes a WalMartian!

There is little I can add to these disturbing pictures except to say that evidence of alien life is closer than you can imagine. 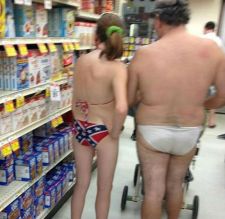 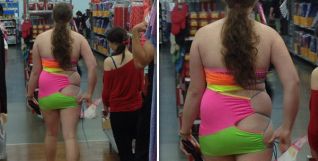 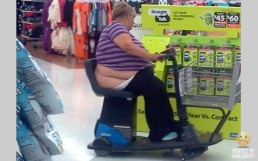 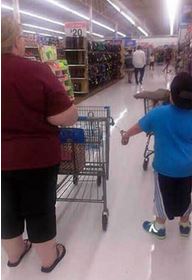 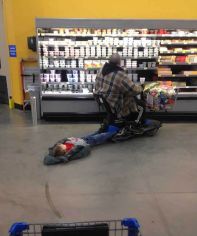 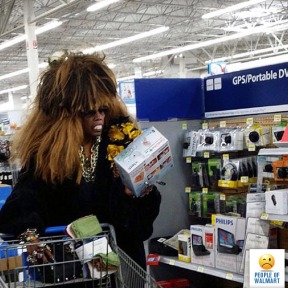 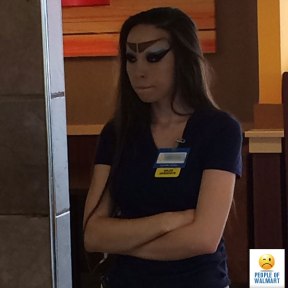 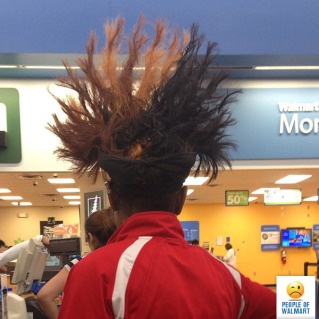 A long time ago, I got blog-tagged.  I answered the 11 questions posed as part of the “blog-tag experience” but did not create a new set to pass on to 11 people.

So here’s your chance.  I am listing my set of questions and letting anyone who reads this post answer as many or as few as they please.  Please place your answers in the comments section.

I was responding to a post by nursekelly on the trials and tribulations of blogging.  It piqued my interest and resulted in a post of its own.  As of this January, I have now been blogging for 3 years (on and off) and I make the following observations: 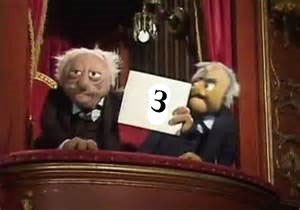 It was very hard to start.  I was fearful of saying something stupid or wrong and of not getting any response.  Over time, I found it easier to post, although finding new topics is still difficult and seems to come in spurts.  Saying stupid things comes naturally to me so I got over that quickly.

I picked a theme to find “my voice.”  Being a curmudgeon-at-large wasn’t that hard. Even though there were and are others with the same idea, my innate warped sense of humor gave me focus.  Can you blog successfully without a focus?  Well, Jerry Seinfeld made millions of dollars with a comedy show “based on nothing,” but most of us need a focus.

Building a set of loyal followers takes time but it only takes a few who have a rather large following and an interest in your blog to increase activity.  Commenting on other peoples’ blogs also helps (but does not guarantee) to increase activity on your own and, quite frankly, I need to do more of it.

I have not encountered “super bloggers” (100,000+ followers) but I have noticed several who get a very large number of likes and comments even though the actual post seem inane or lacking content.  I still don’t know why this happens.  I find more revealing those bloggers who write well or have a creative view, have a sizable audience (100’s or 1000’s, not 100,000), get a sizable number of comments and still have time to reply to most.  These bloggers are dedicated to interaction and exchange of ideas.  Personally, I would prefer to be the latter rather than the former.

I have several fellow bloggers who are writers – no surprise that many bloggers are writers – who unabashedly use their blogs to advertise their books.  Not one (so far) has asked for a contribution and I believe it fair to use a blog for marketing promotion.  If you like the way the blogger writes, then you will be more likely to be interested in their books.

Bloggers come and go.  Some get exhausted; many run out of ideas; some have reached their primary goal (sobriety, end of a bad relationship, fear of writing, etc.). While I still read and follow many that I started with, others have, regrettably, stopped blogging.  The upside is to encourage looking for new ones.

Obscenity and vulgarity – I don’t mind it and I use it occasionally for emphasis but I’m not good at it.  Besides, there are already too many “fuck you” posts as it is.

So, what’s your blogging view and experience, whether newbie or veteran?  Is it up, down, sideways, ever-changing or static?  I await your reply with bated breath.  (Does bated breath leave a taste in your mouth?) 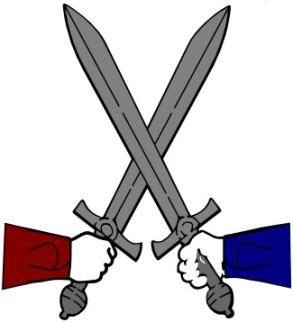